Prealgebra1.2 Add Whole Numbers
By the end of this section, you will be able to:

A college student has a part-time job. Last week he worked hours on Monday and hours on Friday. To find the total number of hours he worked last week, he added and

The operation of addition combines numbers to get a sum. The notation we use to find the sum of and is:

We read this as three plus four and the result is the sum of three and four. The numbers and are called the addends. A math statement that includes numbers and operations is called an expression.

To describe addition, we can use symbols and words.

Addition is really just counting. We will model addition with blocks. Remember, a block represents and a rod represents Let’s start by modeling the addition expression we just considered,

Each addend is less than so we can use ones blocks.

There are blocks in all. We use an equal sign to show the sum. A math sentence that shows that two expressions are equal is called an equation. We have shown that.

means the sum of and

Each addend is less than 10, so we can use ones blocks.

When the result is or more ones blocks, we will exchange the blocks for one rod.

means the sum of and

Notice that we can describe the models as ones blocks and tens rods, or we can simply say ones and tens. From now on, we will use the shorter version but keep in mind that they mean the same thing.

Next we will model adding two digit numbers.

Now that we have used models to add numbers, we can move on to adding without models. Before we do that, make sure you know all the one digit addition facts. You will need to use these number facts when you add larger numbers.

Imagine filling in Table 1.1 by adding each row number along the left side to each column number across the top. Make sure that you get each sum shown. If you have trouble, model it. It is important that you memorize any number facts you do not already know so that you can quickly and reliably use the number facts when you add larger numbers.

Did you notice what happens when you add zero to a number? The sum of any number and zero is the number itself. We call this the Identity Property of Addition. Zero is called the additive identity.

The sum of any number and is the number.

Look at the pairs of sums.

Changing the order of the addends and does not change their sum.

Did you notice that changing the order of the addends did not change their sum? We could have immediately known the sum from part ⓑ just by recognizing that the addends were the same as in part ⓑ, but in the reverse order. As a result, both sums are the same.

To add numbers with more than one digit, it is often easier to write the numbers vertically in columns.

In the previous example, the sum of the ones and the sum of the tens were both less than But what happens if the sum is or more? Let’s use our model to find out. Figure 1.10 shows the addition of and again.

When we add the ones, we get ones. Because we have more than ones, we can exchange of the ones for ten. Now we have tens and ones. Without using the model, we show this as a small red above the digits in the tens place.

When the sum in a place value column is greater than we carry over to the next column to the left. Carrying is the same as regrouping by exchanging. For example, ones for ten or tens for hundred.

When the addends have different numbers of digits, be careful to line up the corresponding place values starting with the ones and moving toward the left.

This example had three addends. We can add any number of addends using the same process as long as we are careful to line up the place values correctly.

The word sum tells us to add. The words of and tell us the addends.

The words increased by tell us to add. The numbers given are the addends.

Now that we have practiced adding whole numbers, let’s use what we’ve learned to solve real-world problems. We’ll start by outlining a plan. First, we need to read the problem to determine what we are looking for. Then we write a word phrase that gives the information to find it. Next we translate the word phrase into math notation and then simplify. Finally, we write a sentence to answer the question.

We are asked to find the total number of points on the tests.

Notice that we added points, so the sum is points. It is important to include the appropriate units in all answers to applications problems.

Mark is training for a bicycle race. Last week he rode miles on Monday, miles on Wednesday, miles on Friday, miles on Saturday, and miles on Sunday. What is the total number of miles he rode last week?

Find the perimeter of the patio shown.

In the following exercises, model the addition.

In the following exercises, fill in the missing values in each chart. 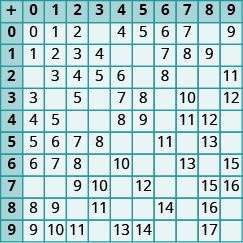 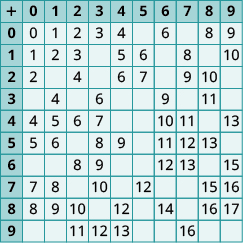 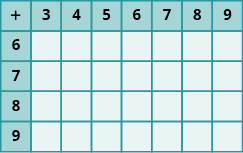 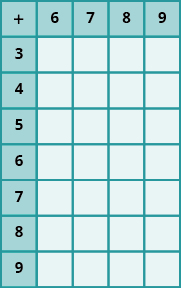 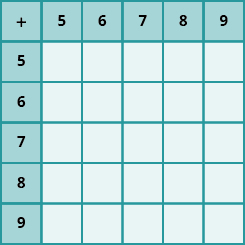 In the following exercises, add.

In the following exercises, translate each phrase into math notation and then simplify.

In the following exercises, solve the problem.

Home remodeling Sophia remodeled her kitchen and bought a new range, microwave, and dishwasher. The range cost the microwave cost and the dishwasher cost What was the total cost of these three appliances?

Sports equipment Aiden bought a baseball bat, helmet, and glove. The bat cost the helmet cost and the glove cost What was the total cost of Aiden’s sports equipment?

Weight Seven men rented a fishing boat. The weights of the men were and pounds. What was the total weight of the seven men?

Home sales Emma is a realtor. Last month, she sold three houses. The selling prices of the houses were and What was the total of the three selling prices?

In the following exercises, find the perimeter of each figure. 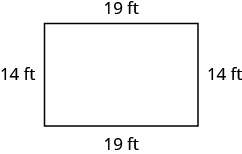 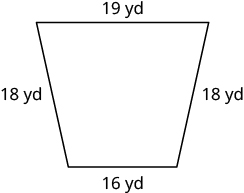 Calories Paulette had a grilled chicken salad, ranch dressing, and a drink for lunch. On the restaurant’s nutrition chart, she saw that each item had the following number of calories:

What was the total number of calories of Paulette’s lunch?

Calories Fred had a grilled chicken sandwich, a small order of fries, and a chocolate shake for dinner. The restaurant’s nutrition chart lists the following calories for each item:

What was the total number of calories of Fred’s dinner?

Test scores A students needs a total of points on five tests to pass a course. The student scored Did the student pass the course?

Elevators The maximum weight capacity of an elevator is pounds. Six men are in the elevator. Their weights are pounds. Is the total weight below the elevators’ maximum capacity?

How confident do you feel about your knowledge of the addition facts? If you are not fully confident, what will you do to improve your skills?

How have you used models to help you learn the addition facts?

ⓑ After reviewing this checklist, what will you do to become confident for all objectives?