Welcome to Chemistry: Atoms First, an OpenStax resource. This textbook was written to increase student access to high-quality learning materials, maintaining the highest standards of academic rigor at little or no cost.

OpenStax is a nonprofit based at Rice University, and it’s our mission to improve student access to education. Our first openly licensed college textbook was published in 2012 and our initiative has since scaled to over 25 books used by hundreds of thousands of students across the globe. OpenStax Tutor, our low-cost personalized learning tool, is being used in college courses throughout the country. The OpenStax mission is made possible through the generous support of philanthropic foundations. Through these partnerships and with the help of additional low-cost resources from our OpenStax Partners, OpenStax is breaking down the most common barriers to learning and empowering students and instructors to succeed.

Chemistry: Atoms First is licensed under a Creative Commons Attribution 4.0 International (CC BY) license, which means that you can distribute, remix, and build upon the content, as long as you provide attribution to OpenStax and its content contributors.

Instructors also have the option of creating a customized version of their OpenStax book. The custom version can be made available to students in low-cost print or digital form through their campus bookstore. Visit your book page on OpenStax.org for more information.

All OpenStax textbooks undergo a rigorous review process. However, like any professional-grade textbook, errors sometimes occur. Since our books are web-based, we can make updates periodically when deemed pedagogically necessary. If you have a correction to suggest, submit it through the link on your book page on OpenStax.org. All errata suggestions are reviewed by subject matter experts. OpenStax is committed to remaining transparent about all updates, so you will also find a list of past errata changes on your book page on OpenStax.org.

You can access this textbook for free in web view or PDF through OpenStax.org, and in low-cost print.

This text is an atoms-first adaptation of OpenStax Chemistry. The intention of “atoms-first” involves a few basic principles: first, it introduces atomic and molecular structure much earlier than the traditional approach, and it threads these themes through subsequent chapters. This approach may be chosen as a way to delay the introduction of material such as stoichiometry that students traditionally find abstract and difficult, thereby allowing students time to acclimate their study skills to chemistry. Additionally, it gives students a basis for understanding the application of quantitative principles to the chemistry that underlies the entire course. It also aims to center the study of chemistry on the atomic foundation that many will expand upon in a later course covering organic chemistry, easing that transition when the time arrives.

In Chemistry: Atoms First , we strive to make chemistry, as a discipline, interesting and accessible to students. With this objective in mind, the content of this textbook has been developed and arranged to provide a logical progression from fundamental to more advanced concepts of chemical science. All of the material included in a traditional general chemistry course is here. It has been reorganized in an atoms-first approach and, where necessary, new material has been added to allow for continuity and to improve the flow of topics. The text can be used for a traditional two-semester introduction to chemistry or for a three-semester introduction, an approach becoming more common at many institutions. The goal is to provide a progressive, graduated introduction to chemistry that focuses on the fundamentally atom-focused nature of the subject. Topics are introduced within the context of familiar experiences whenever possible, treated with an appropriate rigor to satisfy the intellect of the learner, and reinforced in subsequent discussions of related content. The organization and pedagogical features were developed and vetted with feedback from chemistry educators dedicated to the project.

Partnership with University of Connecticut and UConn Undergraduate Student Government

Chemistry: Atoms First is a peer-reviewed, openly licensed introductory textbook produced through a collaborative publishing partnership between OpenStax and the University of Connecticut and UConn Undergraduate Student Government Association.

Throughout Chemistry: Atoms First, you will find features that draw the students into scientific inquiry by taking selected topics a step further. Students and educators alike will appreciate discussions in these feature boxes. 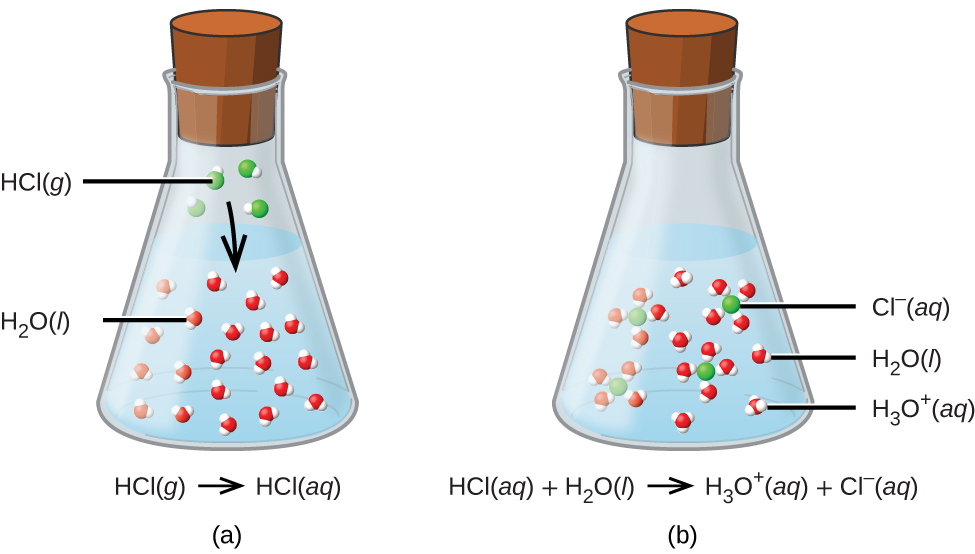 Chemistry: Atoms First incorporates links to relevant interactive exercises and animations that help bring topics to life through our Link to Learning feature. Examples include:

We’ve compiled additional resources for both students and instructors, including Getting Started Guides, PowerPoint slides, and an instructor answer guide. Instructor resources require a verified instructor account, which you can apply for when you log in or create your account on OpenStax.org. Take advantage of these resources to supplement your OpenStax book.

OpenStax partners with the Institute for the Study of Knowledge Management in Education (ISKME) to offer Community Hubs on OER Commons – a platform for instructors to share community-created resources that support OpenStax books, free of charge. Through our Community Hubs, instructors can upload their own materials or download resources to use in their own courses, including additional ancillaries, teaching material, multimedia, and relevant course content. We encourage instructors to join the hubs for the subjects most relevant to your teaching and research as an opportunity both to enrich your courses and to engage with other faculty.

OpenStax partners are our allies in the mission to make high-quality learning materials affordable and accessible to students and instructors everywhere. Their tools integrate seamlessly with our OpenStax titles at a low cost. To access the partner resources for your text, visit your book page on OpenStax.org.​

About the University of Connecticut

The University of Connecticut is one of the top public research universities in the nation, with more than 30,000 students pursuing answers to critical questions in labs, lecture halls, and the community. Knowledge exploration throughout the University’s network of campuses is united by a culture of innovation. An unprecedented commitment from the state of Connecticut ensures UConn attracts internationally renowned faculty and the world’s brightest students. A tradition of coaching winning athletes makes UConn a standout in Division l sports and fuels our academic spirit. As a vibrant, progressive leader, UConn fosters a diverse and dynamic culture that meets the challenges of a changing global society.

Paul Flowers, University of North Carolina–Pembroke
Dr. Paul Flowers earned a BS in Chemistry from St. Andrews Presbyterian College in 1983 and a PhD in Analytical Chemistry from the University of Tennessee in 1988. After a one-year postdoctoral appointment at Los Alamos National Laboratory, he joined the University of North Carolina–Pembroke in the fall of 1989. Dr. Flowers teaches courses in general and analytical chemistry, and conducts experimental research involving the development of new devices and methods for microscale chemical analysis.

Klaus Theopold, University of Delaware
Dr. Klaus Theopold (born in Berlin, Germany) received his Vordiplom from the Universität Hamburg in 1977. He then decided to pursue his graduate studies in the United States, where he received his PhD in inorganic chemistry from UC Berkeley in 1982. After a year of postdoctoral research at MIT, he joined the faculty at Cornell University. In 1990, he moved to the University of Delaware, where he is a Professor in the Department of Chemistry and Biochemistry and serves as an Associate Director of the University’s Center for Catalytic Science and Technology. Dr. Theopold regularly teaches graduate courses in inorganic and organometallic chemistry as well as General Chemistry.

Next
Order a print copy